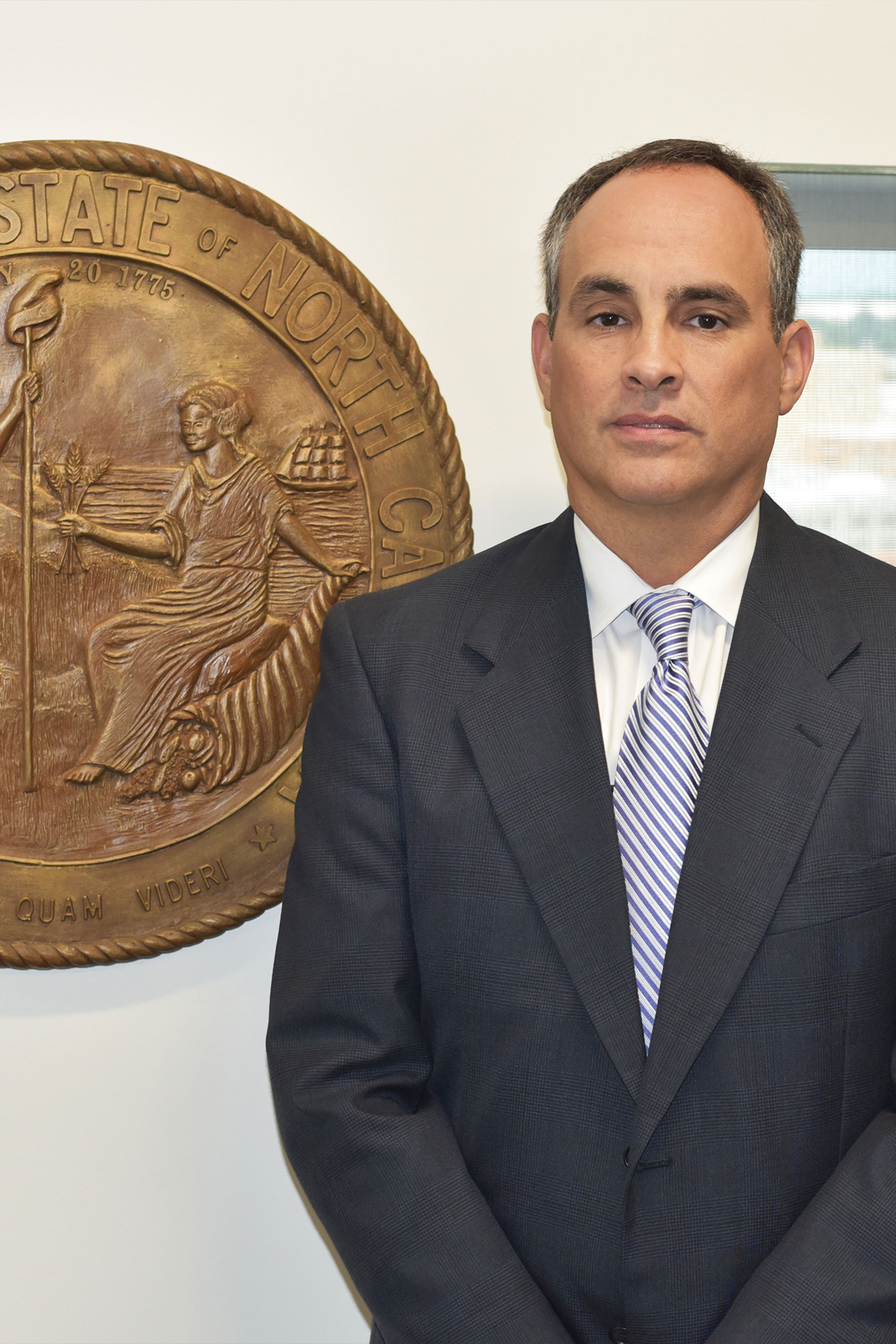 Mark Tyler serves as the Chief Operating Officer for the North Carolina Department of Insurance.  As part of the executive team, Mark is responsible for the Agency’s administrative operations, in which he oversees the Controller, Legal and Human Resources Divisions.

Mark brings nearly 28 years of public service experience to the position, having served in various leadership and operational capacities with the Departments of Transportation and Public Safety before joining the Department of Insurance in December 2014. He served as the Chief Operating Officer at the North Carolina Industrial Commission prior to accepting his current position.

Mark earned his Bachelor of Science degree in business administration from East Carolina University. A native of North Carolina, Mark currently resides in Zebulon with his wife, Pam,  and two children, Peyton and Nicholas.